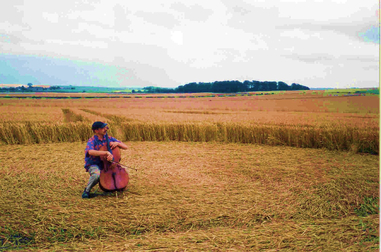 Ruben Rivera (FRA)
Ruben Rivera was born in New York City, he attended the famous High School of Music and Art and eventually studied with Bernard Greenhouse at the Manhattan School of Music. After a rather successful period on the Broadway musical scene Ruben was engaged by the Theatre De la Monnaie in Brussels Belgium where he lived for many years, there encountering the Suzuki Method through one of Suzuki’s own pupils. He trained in London as part of the first Suzuki Cello Teacher Training programs in Europe in the 1980’s and eventually moved to France where he is currently teaching private pupils giving the occasional recital and chamber music concert as well as doing teacher training. Ruben is the current Cello Representative to the European Suzuki Association.