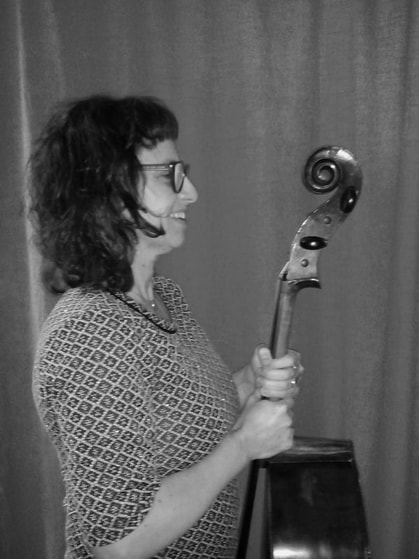 Eulàlia ​Subirá was born in Barcelona in 1968.
She studied Cello with Peter Thiemann and María de Macedo in Barcelona and Madrid.
Beginning in 1991 she decided to specialise in cello pedagogy with Ann Grave, Carey Beth Hockett and Penny Heath in Lyon and London, obtaining her Level 5 Suzuki Teacher certification.
Since 1992, Eulàlia has been working as a cello teacher in the Municipal School of Music of Manlleu (Barcelona), where she teaches students as young as 4 years old.
Furthermore, she specialises in teaching disabled students.
In 1998 Eulàlia founded the “Grup de Violoncels de Manlleu” consisting of students ages 8 to 14, with whom she has carried out pedagogic concerts in different cities of Catalunya, Spain and England.
Eulàlia has been teaching cello courses (for young musicians) in a plethora of countries, including Spain, France, Belgium, England, Palestine , Lithuania, Portugal, Switzerland and Denmark.
She has organised seventeen cello courses, the most important of which was the "VicCelloFestival.cat" (February 2014).
Eulàlia has been a certified Suzuki Violoncello Teacher Trainer since July 2017.​