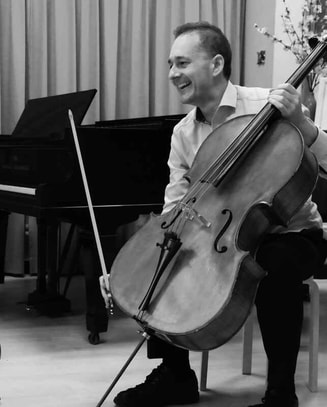 ​Brendan Conroy is an Australian cellist based in the Netherlands. He studied at the Royal Conservatory in the Hague with Lucia Swarts and completed his fifth level of Suzuki Training with Ruben Rivera and Chantal Latil in France. As a cellist he has performed in concerts in five continents with a variety of orchestras and chamber ensembles, including the Sydney Symphony, the Tasmanian Symphony, and the Diemen Quartet. He has held teaching positions at schools and music schools in Australia and the Netherlands, and he has conducted many different youth orchestras. Invitations to teach at workshops have come from countries as far afield as China, Australia, Denmark, France, and Lithuania.  Brendan currently has an active Suzuki studio in Amsterdam, and his students regularly attend Summer Schools around Europe.